Exactly two decades ago, in the year 2000, the Hungarian nation celebrated the millennium anniversary of the founding of the state by St. Stephen. Surely, you also remember the events of that time; in the motherland, abroad, and all over the world where Hungarians live, we bowed our heads and celebrated the anniversary together. Hungarian villages, districts and cities flew the millennial flag, which is still cherished, and countless monuments were renewed and built. These were worthwhile months.

At that time, I served my country as a minister, so I was also a member of the government participating in these events. Therefore, I can safely say that one of the most important spiritual creators of the millennium celebration series was István Nemeskürty. Thanks to him.

In a historical monograph, Professor Nemeskürty put it this way: Is it fateful that the country was ruled by dilettantes or traitors at the turning points of the life of the Hungarian nation, from Mohács to ’56? 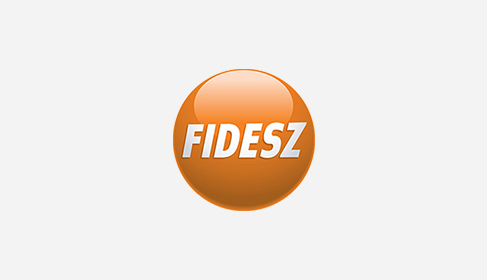 Dilettantes or traitors. Maybe the Professor exaggerated, maybe not; I will let you and everyone else decide for yourselves. Either way, I would now like to tell you what this statement means to me.

Thank you for coming, we are experiencing difficult times; we need to appreciate the opportunities for our coexistence.

In the middle of the fall of each year, halfway between the end of summer, which culminates with the holiday of August 20, and the glory of Christmas and the ever-renewing day of the New Year, we remember and are reminded of the heroes of 1956.

We have already recalled many times the circumstances of the outbreak of the revolution, the demonstrations on 23 October, the intoxicating triumph.

We have remembered the cause of national unity for the freedom of the nation, from the communists and social democrats to the small shareholders and the keepers of civic thought. The disruption of Soviet troops, and then the way that Kádár, Biszku, Apró, and their filthy gangs spat on the nation.

Revolutionaries were fighting with Molotov cocktails and single-shot carbines against T-34 tanks and round drum guns. We have remembered the glorious war of independence of the guys from Pest; and the shameful politics of the leaders of Western countries, on the one hand, and, of course, on the other, the touching words, donations and strength of the solidarity of millions of foreigners. And we’ve remembered the revenge after the war of independence, the hung, crippled, persecuted people.

Recalling these events is important, and we have to do it every single year, in the middle of every fall.

We love to look for simple lessons, lean messages. Well, I have one such message.

The 1956 Revolution and War of Independence finally burned into the hearts and minds of Hungarians that we could never again allow traitors to lead the country. We can never again entrust the country to dilettantes and, above all, to traitors.

Because traitors will take our freedom, and because a traitor can only be someone if there is someone to betray us to. And there is always someone to whom they can betray.

And traitors cannot lead the country either, because the end of betrayal is always slavery. And we Hungarians want to be free. At all costs.

As Scottish freedom fighter William Wallace, played by Mel Gibson, says in one of the greatest works in film history, Braveheart, “They can take our lives, but they can never take our freedom!”

If the traitors lead the country, we will experience again and again what Kölcsey describes most sensitively in the Hungarian Anthem.

Though in caves pursued he lie,

Even then he fears attacks.

Coming forth the land to spy,

Even a home he finds he lacks.

If we lose our freedom, we lose our homeland. This is the message of 1956. Betrayal means the loss of freedom and home. It’s that simple. I could say: That’s it.

And this must be said simply in Hungary, Budapest, Óbuda, Eger, Szombathely, Pécs and Brussels, in the European Parliament as well. It must be said for even a Momentum representative to understand, which is a serious challenge in any event.

I am a politician, and this profession tends to accustom one to the language of gobbledygook. However, I do my best to avoid this. Maybe, this moment is apt to be as clear as possible. The traitors are striving to take away the freedom of the nation and of all Hungarians in it, and there is no excuse for that.

Who knows, if there were no traitors, if the fate of the nation did not depend on those who betrayed Hungarians, guided by petty, pitiful interests, ideological blindness, hopes for financial gain or even revenge or hatred, maybe our history would have been different.

Then perhaps Kölcsey would not have written so in the fifth verse of our Anthem:

Yea, how often rose Thy sons,

My fair land, upon Thy sod,

And Thou gavest to these sons,

Tombs within the breast they trod!

And if Kölcsey had not written in this way, then perhaps Professor Nemeskürty would not have been forced to summon the traitorous and dilettante Hungarian leaders with a sore heart.

So many if-onlys and what-ifs. It hurts a lot.

But we can no longer change this, the traitors and the stories of their betrayals; it is part of our history.

And it is our responsibility to learn from our history, including the history of 1956.

That’s why we come together today, Dear Friends!

To vow to protect our freedom. To vow not to put our country and our nation in the hands of traitors.

In October 2020, on the 64th anniversary of the most glorious Revolution and War of Independence of the Hungarians, let’s engrave this in everyone’s mind! This is now our job, and it’s not such a complicated task.

I will do this, join me!

Sign up to our newsletter below and receive the latest news from the
Fidesz delegation in the European Parliament.