Summer Universities of the EIN provide a private forum for intense debate among stakeholders in European policy-making. The meeting in Budapest will be focusing on the immediate challenges post-crisis Europe is facing and will try to update European policies in order to better correspond to today’s economic and societal realities. A series of panels will debate issues such as fighting poverty, creating jobs and confidence in European societies in a time of budgetary constraints; priorities for creating growth; rebuilding confidence in financial markets; adjusting family, education and employment policies to the new demographic challenge; and the Europe 2020 Strategy.

In Budapest, a particularly interesting panel will debate the unique experience of democratic transformation and modernisation in Central and Eastern European countries, with people who have been actively involved in the democratic transition of their countries and are witnesses of that time. 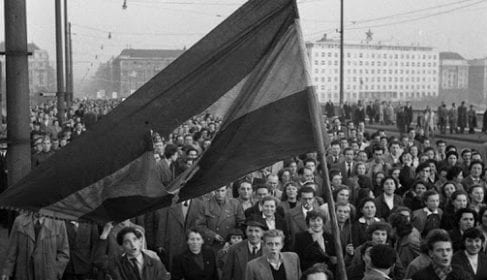 Exactly two decades ago, in the year 2000, the Hungarian nation celebrated the millennium anniversary of the founding of the […]

On 16 September, EPP Group Chairman Joseph Daul will open the event together with Jaime Mayor Oreja MEP, Vice-Chairman of the EPP Group responsible for Political Strategy and the European Ideas Network. Guest speakers of the opening session will be Wilfried Martens, President of the EPP Party, and Tibor Navracsics, Deputy Prime Minister of the Republic of Hungary and Minister for Public Administration and Justice.

The European Ideas Network is the open pan-European think-tank established in 2002 by the EPP-ED Group in the European Parliament. The network brings together politicians, businessmen, academics, think-tanks, journalists, policy advisers and outside experts to discuss some of the major issues facing Europe today. It also coordinates the joint activities of over forty national think-tanks and political foundations across the European Union.

You can find more information on the EIN website.

Sign up to our newsletter below and receive the latest news from the
Fidesz delegation in the European Parliament.